Two die in light plane crash after take-off at sundown 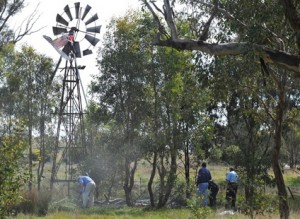 http://theland.farmonline.com.au/multimedia/38517/517887/easter-horror-fatal-plane-crash-at-cootamundra-picture-addison-hamilton.aspx?Start=10&page=1   – Photos of the scene.

A LIGHT plane that crashed in central western NSW, killing both occupants, took off just before last light, despite regulations forbidding planes of its type to fly after dark.

A Nowra husband and wife, both State Emergency Service volunteers and light plane enthusiasts, were leaving a recreational fly-in at Temora on Saturday night.

The ultralight ”trike” aircraft crashed near Cootamundra at 6.35pm and burst into flames, killing the pilot, 50, and his wife, 53.

They had attended an annual weekend fly-in for Recreational Aviation Australia members called Natfly. Several thousand members had flown to Temora to meet other aircraft enthusiasts.

There was no early indication of what went wrong, said the RA-Aus chief executive, Steve Tizzard. His organisation would begin to analyse data from the plane today to determine the cause of the accident.

Authorities were investigating the plane’s time of departure.

A member of RA-Aus, Michael Apps, said it was ”surprising” that the couple decided to leave just before sundown.

”It’s surprising because last light is fairly early these days and they’re very slow little aircraft so I’m surprised they left so late.”

Ultralight aircraft such as the two-seater that crashed are not allowed to fly at night, in bad weather, above 3000 metres or in controlled airspace.

Mr Tizzard said there was an average of 6.6 fatalities each year among the RA-Aus member base of 11,000 people and 3500 aircraft.

”Accidents do happen and sadly, given the amount of hours we fly, that figure of 6.6 people a year is not at a worrying level.”

The Minister for Emergency Services, Michael Gallacher, said it was a ”terribly tragic event”. Other SES personnel witnessed the crash, he said.